It’s been a big week for my daddy.

You have seen posts of him with his little model planes.

This week he went to see some real World War II planes.

He looked rather tiny rolling around under these giant aircraft.

The Collins Foundation brought their ‘Wings of Freedom Tour ‘ to Statesville’s  Airport.

There was a B-25 Mitchell named the TonDeLayo.

Also a B-17 Flying Fortress, the Nine-O-Nine. 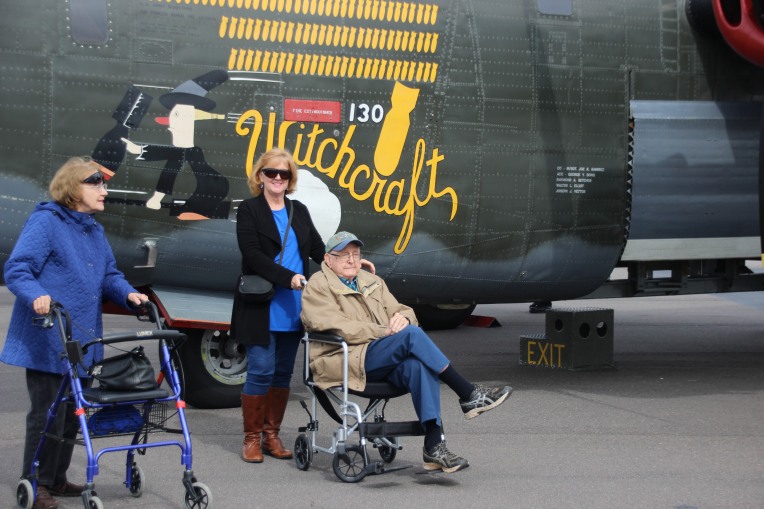 We got to see some lucky folks take rides in a P-51 Mustang.

Daddy enjoyed talking with one of the pilots about the different motors used in the P-51.

He also met a Vietnam veteran whose dad, Roy E. Guy,  was shot down in Germany. 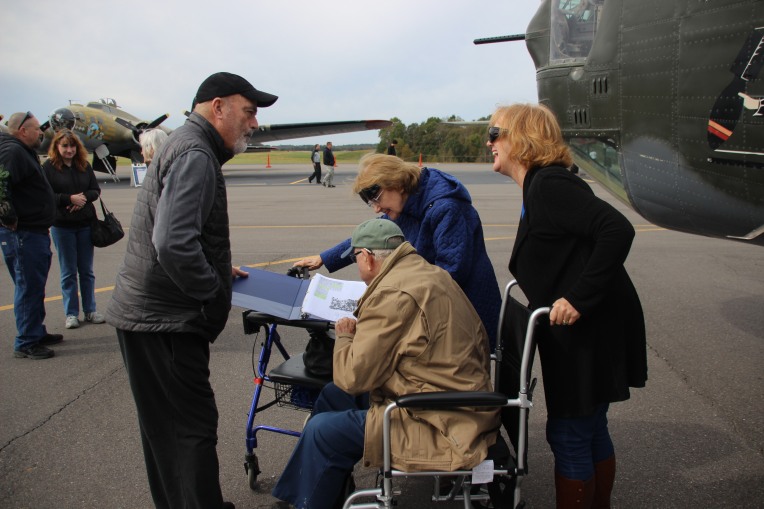 Mama was a good sport  during the event, as usual, despite being cold.

My sister was Daddy’s wingman,  rolling him wherever he pointed.

I, of course, was the reporter, photographer and spy.

He claims that last year’s Liberator is his last model plane.

I hope this is not true. My daddy just loves planes. He was like a kid in a toy store.

I must include this cute little dog, who waited patiently while his daddy got up in a plane for a photo.