In America, we use this saying “the real McCoy” to mean the real thing. This means that whatever is being described is the genuine article; not an imitation or fake. 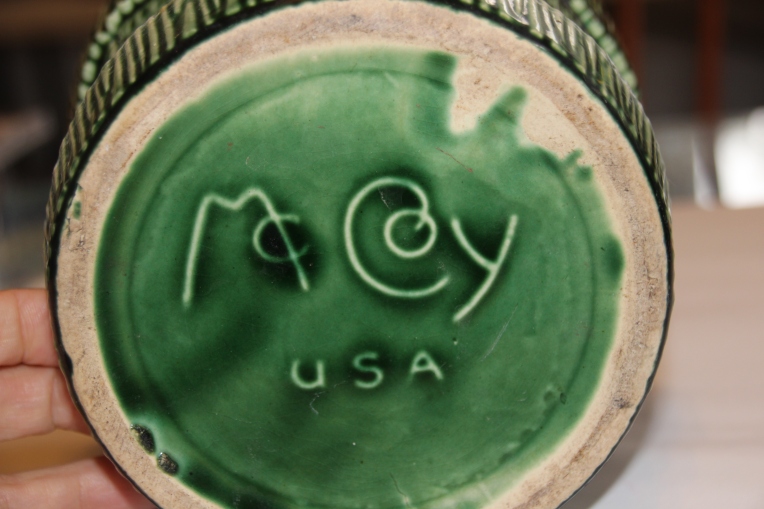 This saying has several possible origins including an oil-drip can, rum during prohibition or the famous feuding families, the Hatfields and McCoys.

I am using it here with McCoy pottery, which was made in Ohio from roughly 1929 to 1967.  The company started alone, consolidated as ACPC, split apart and then regrouped again.

The marks McCoy and USA on the bottom mean it was made after about 1933.

The Turtle Sprinkler sat on a table in a corner window with my great  grandmother’s African Violets.

The planter held some of my grandmother’s favorite plants.  I wanted to photograph this before planting one of her plants back into it. 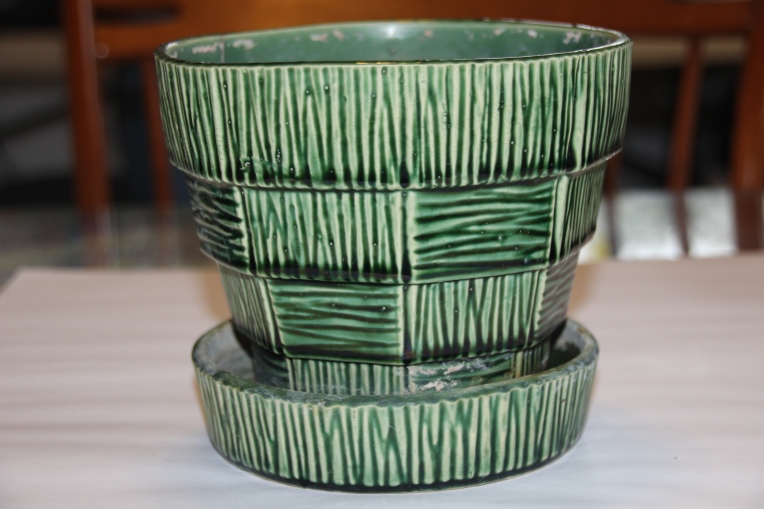 McCoy is a highly collected form of pottery, but don’t rush to e-bay just yet.

The Turtle sells for about $45 and the planter for only $20.

These two are worth way more to me in memories than money.