The GOLD came in first and is blooming profusely.

The WHITE is also covered with blooms and buds.

The SALMON colored is about at its peak also.

The FUCHSIA is the brightest ever, but one-sided. Oops!

The PINK is tumbling over because of so many blooms.

It’s the REDS  and Light Pinks that are struggling.

They look a little dehydrated. They have fewer blooms.

There’s a problem. Some of them changed. The bottom half to be exact. The “Shop” group. 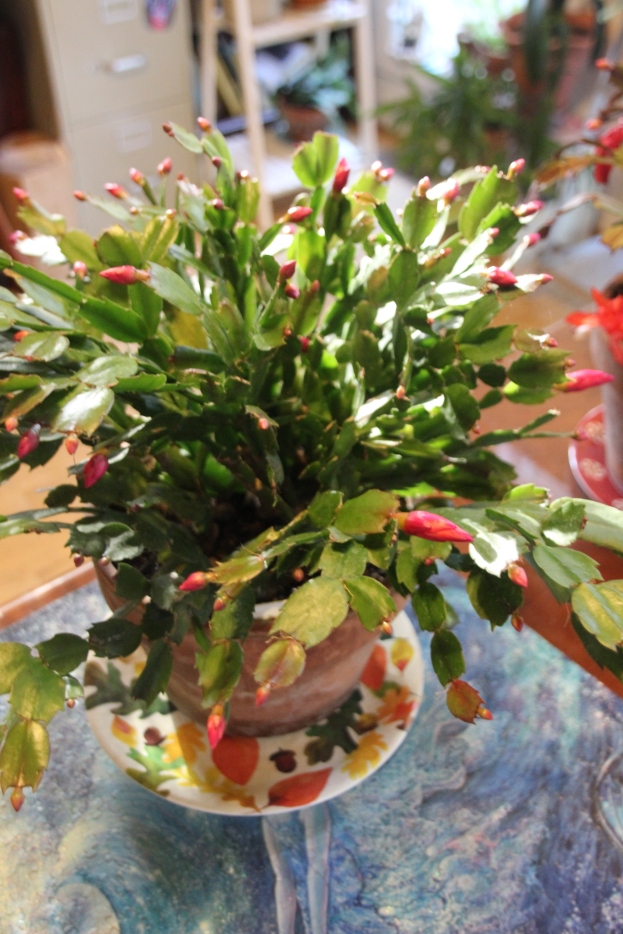 I had them in two different locations. I watered and fed both sets the same like a good scientist should.

The variable was not as much the amount of sun, but the time of day that they got sun.

None got much direct sun because they were all under an overhang most of the time.

That hypothesis makes sense, but I have another.

The group by the entryway got more attention.  A plant?  Needs attention?

This may surprise some of you, but plants are living things.

They process and respond to their environment. They communicate with each other.

I can read some of their signs like wilting, drooping and color changes.

I cannot however perceive their chemical signals.

The needs of the downstairs group were not met in some way.

They have fewer buds, smaller buds and less color.

Maybe you had better check on your plants more often.

Turn them around, pull a leaf or two, maybe a kind word…

I have been misting the sick ones and giving them “banana water.” Now there’s a secret!

8 thoughts on “I Wish I Knew Their Secrets”